The Black Trout Adit is a unique 600-meter long section of the 19th-century Fredrick adit draining the underground of Tarnowskie Góry. The adit is situated on the territory of the Repecki Park. A section of the underground, which is 600 meters long, is covered on boats. The site has been entered on the UNESCO World Heritage List in 2017. 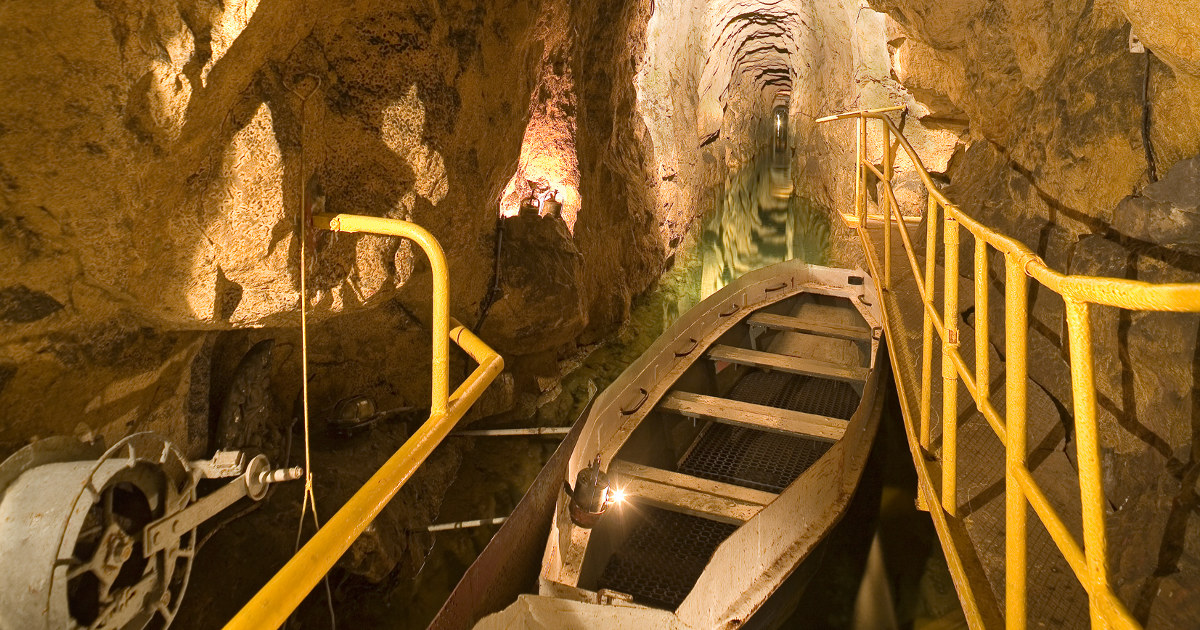 "The Black Trout Adit in Tarnowskie Góry is one of the most interesting remains of the centuries-old mining of galena, lead and silver ores in this area. In the nineteenth century, it was built as a drainage tunnel in the mine ""Frederick."" Today, it is a remarkable tourist attraction, offering the longest underground boat rafting in Poland. It is up to 600 meters long! Along the route one can see a spectacular rocky gorge, ""black"" trout and bats. We can also listen to interesting mining stories.

The name of the adit is derived from trout that used to live there and at dark light seemed to be black. The adit is a 600-meter long section between two shafts: “Ewa” and “Sylwester”. “Ewa” shaft, which is 20 meters deep, was built 184 years ago. Its shaft top, constructed in the form of a characteristic rotunda, is a preserved stylish form for this type of mining buildings. “Sylwester” shaft, like “Ewa” shaft, was constructed 2 years later and its depth is 30 meters. A visit to the “Black Trout” adit is made on boats whose harbour is in the pit bottom of “Ewa” shaft. During the visit we can see the side walls of the rocks where vertical grooves are visible - these are the traces of blast-holes. We can also meet bats in the adit, which has recently become their bedroom.